How does Scholl know?

It is, after all, a huge number to survey.  Did Scholl really provide nearly 1.5 million people with the Express Pedi, get them to use it, get them to respond to the question, “Would you recommend this product?” and then count all the responses? 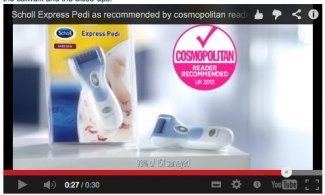 If you read the small print, if you happen to be watching the advertisement and not simply listening, for a fleeting moment you will see a line at the bottom of the screen “93% of 151 surveyed.”

You can check for yourself, the ad is posted on the Scholl site.  I did hear right! 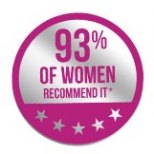 And then all that Scholl need do is to change the wording of the 5-star award on their reviews page, “93% OF WOMEN RECOMMEND IT.”

Before someone suggests that they’ve put their foot in it?

1 thought on “Footloose with figures”