In my last post, What’s in a name, I discussed the need for clear linkage between the name/s used in an in-text citation and the name/s used to start the entry in the list of References. If the citation reads,

“According to Michaels and Brown, ……”

Many students, however, seem unable to make the link. A number of extended essay examples posted by the International Baccalaureate show instances where students manage to mismatch names – detailed in that last post. Two of the instances I listed were essays in which students had used

I argue that this is not plagiarism because the writers have indicated in the text that the words or ideas originate with other people. What is more, they have named the person/s whose words or ideas they have used. What they have not done is made clear linkage between the name (in the text) and the full details of the source (in the bibliography). These are citation errors, surely with no intent to deceive or to mislead?

In the case I use in this post to illustrate the problem, the student leads the reader on a right-royal wild goose chase, a veritable Chinese puzzle. This was not a brilliant essay, granted, but the examiner did give it a good-ish mark, a solid D probably bordering on a C.  But throughout  the sample, the examiner had noted many instances where authors were cited in the text but had no entry in the list of References, and in the References list were noted cases of references which did not link to a citation in the text. On the examiner’s mark- and comments- sheet was the note:

Under the new requirements this essay must be referred as a possible case of academic misconduct due to incorrect and inconsistent citing and referencing.

Now, one of this student’s many citation errors was a tendency to cite papers with multiple authors in the text simply by the first name listed. Thus the paper referenced as

was cited in the text as “….. (Drummond, 2012).  The examiner has made a note in the margin suggesting that such in-text citations “Should list all authors – or at least indicate “et al”.

In this essay, however, there is not a single in-text citation for Seung-Schik (2007), with or without et al.

The student here seemed equally cavalier with links in the other direction. As instance, one of the papers cited seven times in the text is credited to Yoo 2007. There is no reference in the bibliography to Yoo, 2007. 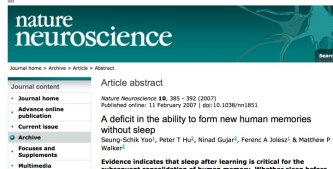 While personal names in the “west” tend to be given-name first, family-name last, names in Korea, China, Japan and in many other countries are family name first, given name/s last. A recipe for confusion, a trip for the unwary – especially when the advice, for referencing purposes, is “Last name first.”

It can be even more confusing when the name is “westernised;”  the Japanese movie director 黒澤 明 is pronounced Kurosawa Akira but is known as Akira Kurosawa. (My thanks to the APA style blog for this example, and to Google Translate for the pronunciation – hit the speaker icon to hear for yourself). 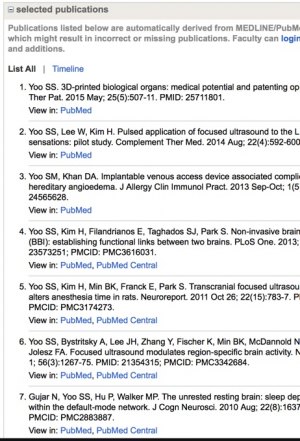 And so with Seung-Schik Yoo.  Dr Yoo is Associate Professor of Radiology at a hospital in Boston, affiliated with Harvard University.  He has authored and co-authored at least 120 papers and other publications as listed in his Harvard Catalyst Profile – and in all of them he is named as Yoo SS. Yoo is the family name.

Not all academics appreciate this, it is no wonder that our student was confused. An appreciable number reference him as Seung-Schik, Y. – as in this search on Google: 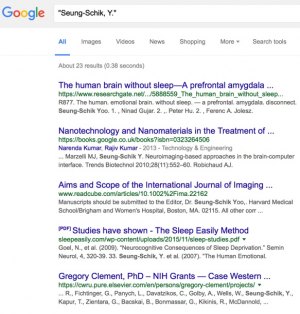 Our student should not be blamed for making a mistake, using the family name in the text and the given names in the reference list. The student’s error was in not making clear link between the two. Had he (or she) made careful check for linkages before submitting the extended essay, the inconsistency would have been very apparent – and corrected, one hopes.

There is one more (possibly) ironic note. It is possible that this student had been using a database such as EbscoHost to track down the academic papers needed for the essay. In APA, there is no need to include the name of databases if the reference includes the DOI of the paper, and indeed the DOI is used in this student’s reference.

For users’ convenience, the EbscoHost database includes examples of references in different styles. And for this paper, the first name used in the suggested APA reference reads Seung-Schik, Y.

Again, a careful check at the proof-reading stage should have revealed the discrepancy and led to correction. It should not matter (for extended essay assessment) whether all in-text citations were changed to (Seung-Schik, 2007) or if the full reference was changed to start Yoo, SS…

Footnote:  In this actual case, there is no indication of the Final Awards Committee’s findings – if indeed the original essay was referred to the Committee. At present, we are in a transition stage, the last few years of the present curriculum. Examples posted on the IB website are essays written to the present curriculum and criteria but marked as if written to the new criteria.  Real samples and situations will not be available until the first essays are written and submitted for the May 2018 examinations.

One hopes that the Committee will be as painstaking in their investigations – especially as students found guilty of misconduct have the full paper disqualified, and thus cannot be awarded an IB diploma. Misconduct should have consequences, granted – but in this particular case I suggest that no misconduct has taken place.

In addition to the teaching point made in the previous post (get students used to checking for two-way links during the proof-reading process):

Check for linkages – be consistent!

1 thought on “Orders are orders”