Nadine Bailey’s Informative Flights blog is always worth reading. Her latest post, Resist the list, is as spot-on as ever.  Nadine doesn’t like compiling grade level recommended reading lists for a number of reasons and in this post, she lists some of those reasons.  Her stand is that already-hooked readers don’t need lists (they have other strategies for working out what to read next) and lists don’t work with those who aren’t hooked-on-books.  For them, other techniques and strategies are needed.

This is not to denigrate the RefME software itself. I have no opinion there. Until I bought a new computer a few months ago, I found the app hung up too often to enable a valid critique of its performance as a reference (or citation) generator. Now, I find it END_OF_DOCUMENT_TOKEN_TO_BE_REPLACED

Google (Europe) continues to give people the “right” to be forgotten.  Those whose requests are upheld become more difficult to find; Google’s European search engines no longer link to web page/s which offend or upset a complainant.

There are ways around this, some of which are detailed in my earlier post, Wrong to be forgotten.  One way is to make the complaint public.  The “Streisand effect” comes into play, by which a complainant gets more publicity for having made a complaint than was achieved by the original report, drawing attention to oneself.

Debora Weber-Wulff today announces that she too has had links removed from one of her web pages, in a post entitled Notice of removal from Google Search. Google gives no right of appeal, nor indication of who made the complaint, so Dr Weber-Wulff has kindly furnished END_OF_DOCUMENT_TOKEN_TO_BE_REPLACED

Most declared they had found the assignment easy, and most said that it had not required critical thinking.  Meanwhile, a check revealed that every single student had plagiarized. Let’s make that END_OF_DOCUMENT_TOKEN_TO_BE_REPLACED

The Daily Express story concentrates on government plans to raise the basic rate of pensions year on year over the next six years.  The Daily Mirror story features the current benefits and perks that pensioners enjoy which they will lose in order to pay for the promised increase in basic pensions.   Whether pensioners will be better off or not over time is not clear, and may depend on how long they live, on whether pensions continue to rise in line with inflation or the cost of living after the six years of guaranteed rises, and many other factors. On these bare stories alone, it pays to keep an open mind, and to seek further, dig deeper. END_OF_DOCUMENT_TOKEN_TO_BE_REPLACED 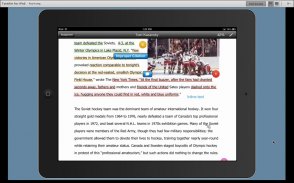 A pity then that Turnitin itself is flawed. END_OF_DOCUMENT_TOKEN_TO_BE_REPLACED

The chase starts with an alert from the International Baccalaureate Group on Linked-In.

“Six ways to perform excellent Research for Academic Writing,” it says. It is posted by Matt. And it looks worth following up. On the surface… END_OF_DOCUMENT_TOKEN_TO_BE_REPLACED

I thought the feature had gone berserk the other day. My alert for “every written assignment they complete” usually gives me just one or two hits a week.  This week’s digest gave me forty hits. END_OF_DOCUMENT_TOKEN_TO_BE_REPLACED

How does Scholl know? END_OF_DOCUMENT_TOKEN_TO_BE_REPLACED

Let’s start with the story. While writing to an American friend, I wanted to give her a link to the debate over the BBC’s dilemma as to whether to play “Ding-dong! the witch is dead” on its weekly top of the music charts radio programme this week.  “Ding-dong…” is a short number from the 1938 musical The Wizard of Oz, and has been adopted as the anthem of an anti-Thatcher FaceBook group. Since Thatcher’s death earlier in the week END_OF_DOCUMENT_TOKEN_TO_BE_REPLACED

I’m not sure what to make of it. The logic, the argument, the statistics, the interpretation. There’s something not quite right. Several things. I have already noted some of my disquiet in Flattering Flaws, wondered if there might be vested interest in sensationalising the survey results?  But those are not my only concerns.

To be more sure, I went to the actual survey report, available as “2012 Survey Highlights: Scholarly Plagiarism” (iThenticate, 2012).  I wanted to check the statements, and to think again about the logic of statements made in the press release.  END_OF_DOCUMENT_TOKEN_TO_BE_REPLACED

Retraction Watch is a blog written by Adam Marcus and Ivan Oransky. It aims to report on retractions made in science journals.  Scientific knowledge is not static, but it does tend to develop slowly. New knowledge is gained as connections are made, END_OF_DOCUMENT_TOKEN_TO_BE_REPLACED