As I say, EasyBib makes it easy to shoot ’em down.  I probably would not have bothered this time, except that, clearing my inboxes (long overdue), I came across an EasyBib blog post which END_OF_DOCUMENT_TOKEN_TO_BE_REPLACED 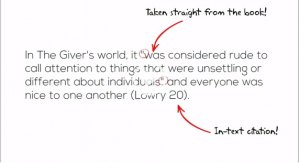 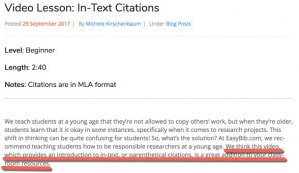 Other kinds are available, not least when the citation starts the sentence END_OF_DOCUMENT_TOKEN_TO_BE_REPLACED

tails that EasyBib’s auto-cite feature cannot always find or identify, such as the author, the title, the publisher, even when they are plainly there… Some omissions are highlighted, and users are invited to complete the missing details themselves.  I understand (anecdotally) that few students do. They tend to accept whatever EasyBib gives them, and few check what is missing or the actual citation generated. Some omissions are highlighted, some entries are just plain wrong.  It’s a quick-and-easy route to disaster. END_OF_DOCUMENT_TOKEN_TO_BE_REPLACED