The name of the site – Improbable Research – is claimed as a warning signal (though as this is the site responsible for the annual Ig Nobel Prizes, a very real event, one might not be so sure). The biggest giveaway in the cats paper is probably the bibliography, which includes entries for Pat Boone, Madonna, Yul Brynner, Sinead O’Connor, Mary Quant, Arnold Schwarzenegger and the if-only Dr Seuss (responsible for the paper “Feline Responses to Hats”).  How much of a giveaway, 20 years on, might be questionable; many of the names are probably unknown END_OF_DOCUMENT_TOKEN_TO_BE_REPLACED

It is a salutary reminder. I always advise classes and workshops of the five golden rules of citation: END_OF_DOCUMENT_TOKEN_TO_BE_REPLACED 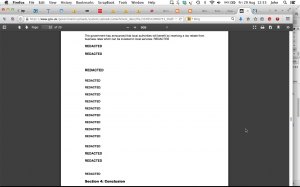 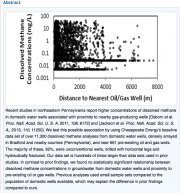 But, as Retraction Watch reports, the journal has now published a correction, END_OF_DOCUMENT_TOKEN_TO_BE_REPLACED

As promised in my last post, Hang on…, here is a two-minute take on Ken Vesey’s “three legs of research.” It’s an analogy that works, especially when we try to wean students away from internet-only research, when we get them to demonstrate use of a wide range of sources.

Picture the milking stool. It’s a three-legged piece of furniture, and it’s been around for thousands of years.  Just imagine an 8-year old girl… it’s four o’clock in the morning, it’s dark outside, the girl is asleep, the cow she is milking is asleep, swaying from side-to-side, occasionally knocking into the girl as she milks away…  The girl does not fall off her milking stool because a milking stool has three legs.  Three legs make for a stable form of furniture, it is very difficult to knock it over. It’s better than furniture with one leg or two legs, and it’s better than four legs or five legs or six or .. It has stood the test of time.

It’s the same with research. Research based on three legs makes for stable research… END_OF_DOCUMENT_TOKEN_TO_BE_REPLACED

tails that EasyBib’s auto-cite feature cannot always find or identify, such as the author, the title, the publisher, even when they are plainly there… Some omissions are highlighted, and users are invited to complete the missing details themselves.  I understand (anecdotally) that few students do. They tend to accept whatever EasyBib gives them, and few check what is missing or the actual citation generated. Some omissions are highlighted, some entries are just plain wrong.  It’s a quick-and-easy route to disaster. END_OF_DOCUMENT_TOKEN_TO_BE_REPLACED

My post was not about Yassa’s study itself; it was about the number of differences in press reports of the study: reports disagreed as to the number of volunteers END_OF_DOCUMENT_TOKEN_TO_BE_REPLACED

Though, a moment’s careful looking might suggest a discrepancy or two… END_OF_DOCUMENT_TOKEN_TO_BE_REPLACED